The ESG solution that our planet & people deserve 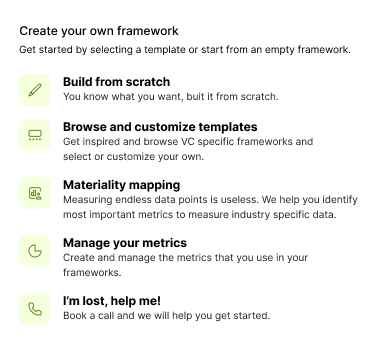 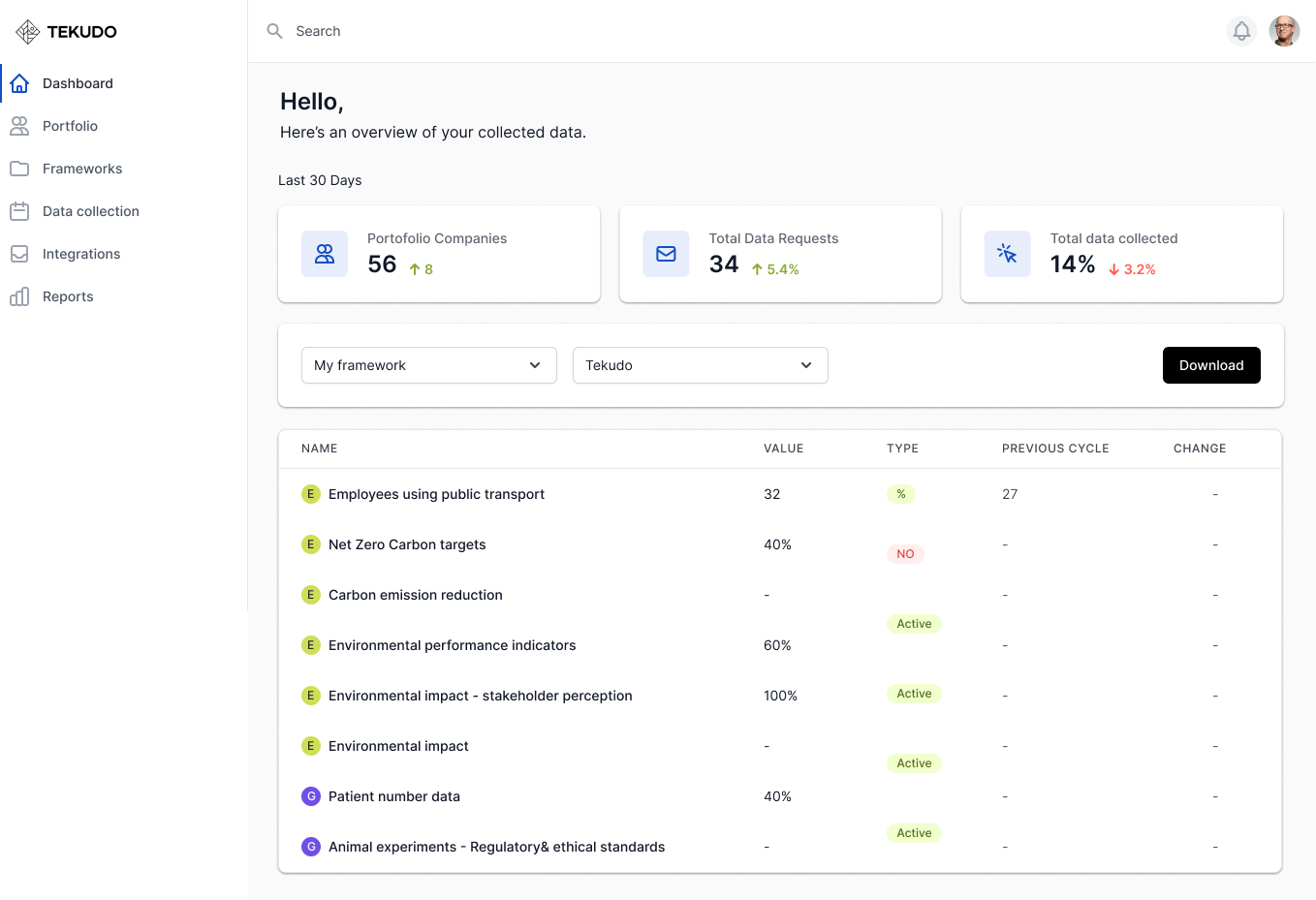 The most powerful sustainability platform for investors and their portfolio companies

Integrate ESG into your fund process

Integrating ESG is a complex task if you dont know how to. We make it easy for you to get started.

Support your portfolio companies on their ESG journey

Make it easy for your portfolio companies to get started on ESG and let them reap the benefits beyond investor purpose.

Operate ESG and impact with streamlined processes through a platform build for purpose.

Need anything extra?
We are here to help beyond our software 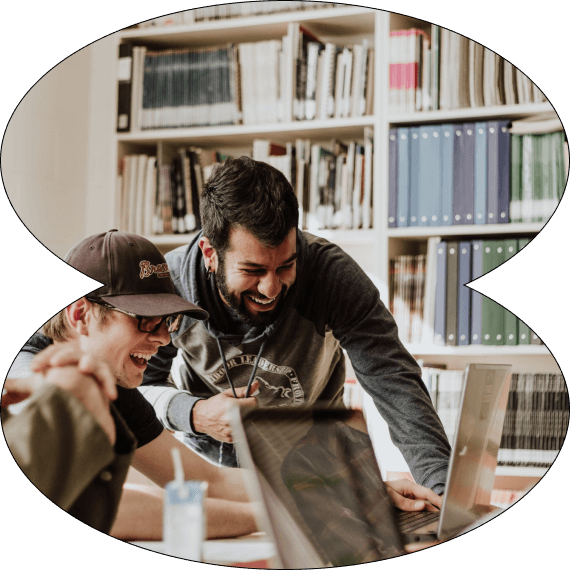 Anything that you want and we can’t solve with our software platform? We have strong expertise in the field of ESG and can consult you on those matters.

Keep a slim operation, focus on what you do best. Outsource anything ESG related to us and we perform it for you, with the support of our software.

Use the data's full potential. We create custom, powerful stories for you via stakeholder reports, SoMe content, etc.

The power of ESG & Impact

Capture the full value of integrating ESG & Impact into your fund and portfolio companies.

Broaden your investor base and reach Limited Partners (LP) who care about sustainability. Institutional investors increasingly channel their money towards ESG rated assets.

Attract founders who care about profits and building sustainable businesses. Show them that you do care as well.

Monitor and manage your portfolio's sustainability risks. ESG was built from a financial risk perspective, use its power. CO2 emissions, employee happiness and churn, diversity ratios can be strong signals.

Be ahead of regulation

Get ahead of regulation and follow new standards. Adoption of ESG across asset classes is on the rise, driven by asset owner demands as well as regulatory requirements, such as the EU Taxonomy, Sustainable Finance Disclosure Regulation (SFDR), etc.

Integrate ESG and impact, be vocal about it and set yourself apart from other funds in an increasingly competitive market that fights over the best founders and ideas.

Integrating ESG and impact made easy.

We guide you on your sustainability journey.

We are agnostic and support various metrics and frameworks, including financial and performance metrics.

Automate your data collection, save time and reduce errors.

Structure and store your sustainability data in one place, accessible via APIs.

Get a good overview of your data collection process and sustainability insights on your portfolio, see how you improve.

Create reports and communicate to your stakeholders.

Automate the data creation by integrating to the tools you are already using.

We guide you through the regulatory jungle.

Get started
How it works

The most powerful sustainability platform for investors and their portfolio companies

It's all about the metrics

Browse through the existing industry standard ESG frameworks, choose one and customise it to your needs.

Build your own from scratch

Create a list of ESG metrics you want to measure and create your own framework.

Manage several frameworks: exclusion, due diligence, portfolio and your own fund operations. 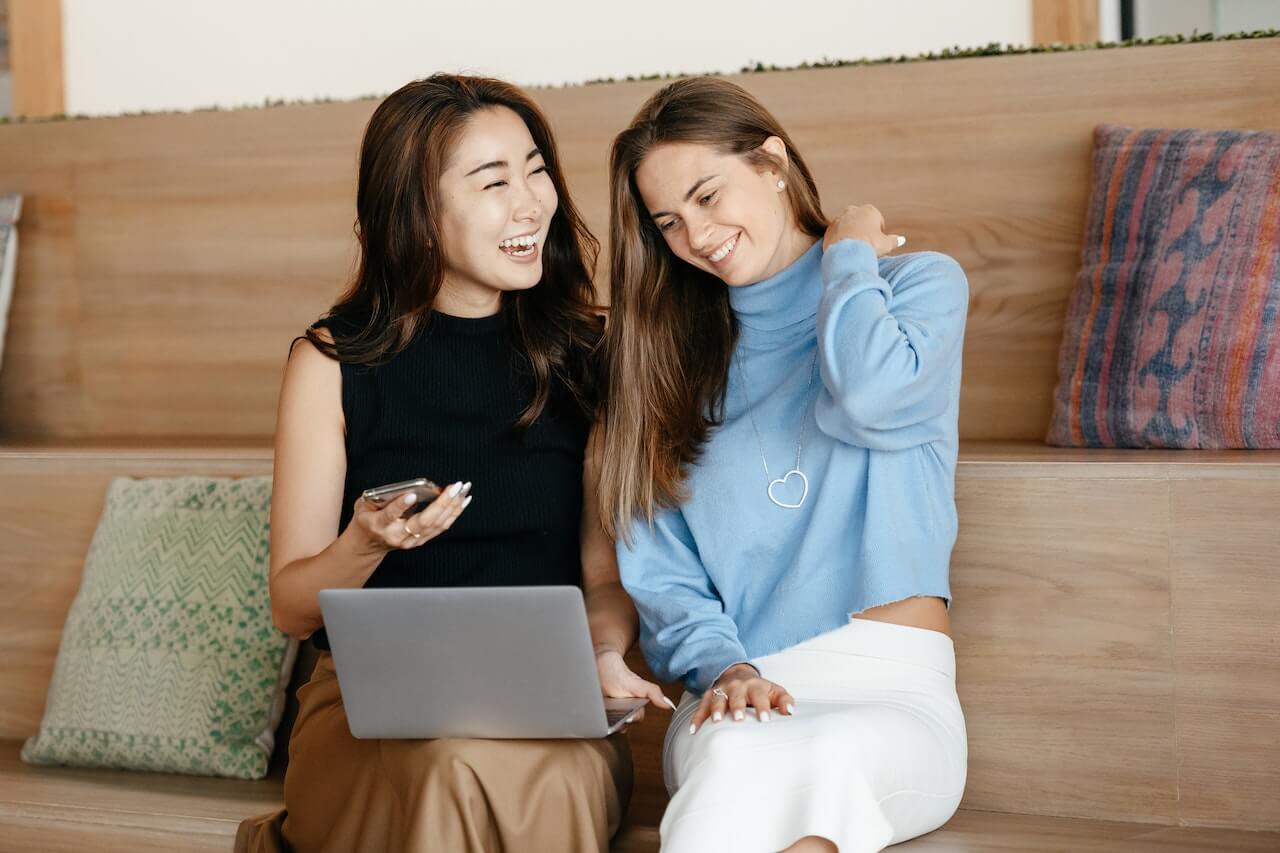 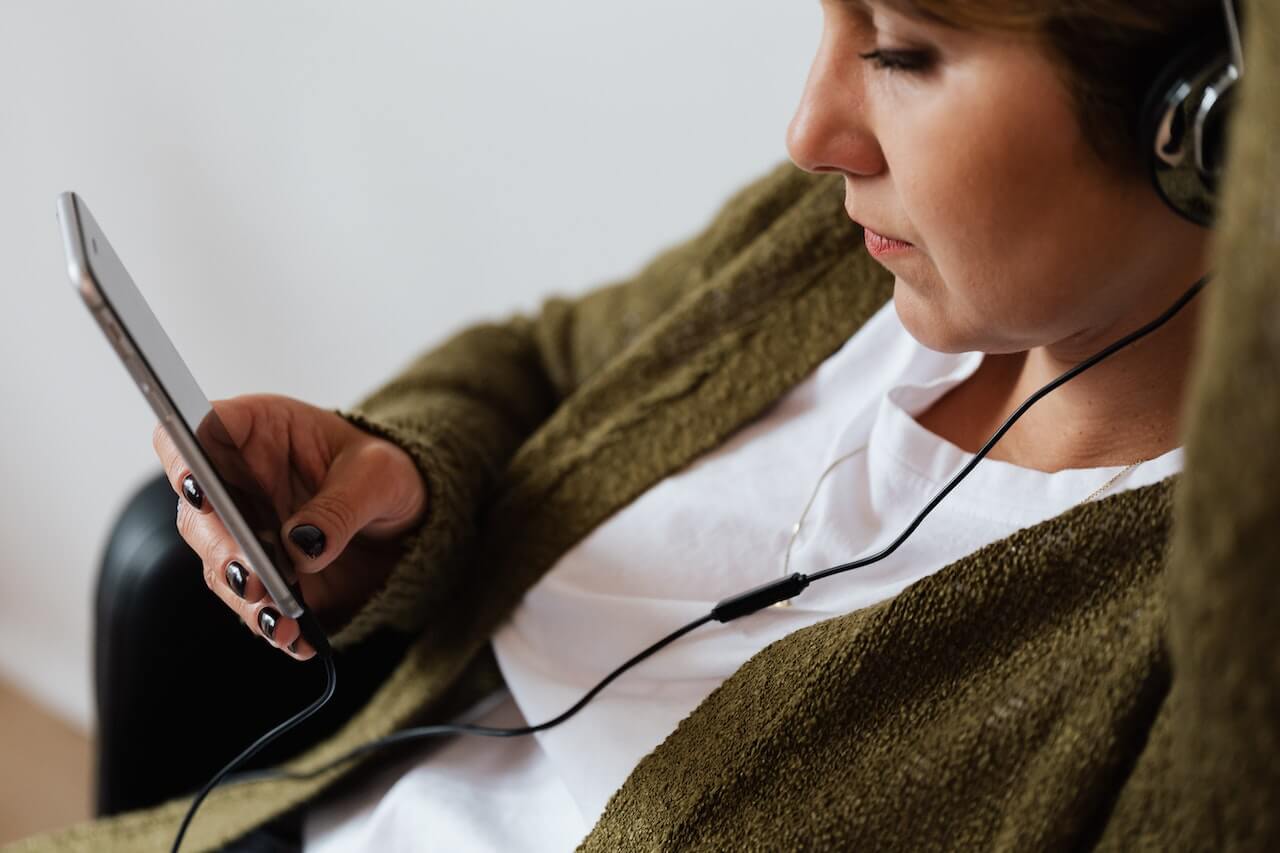 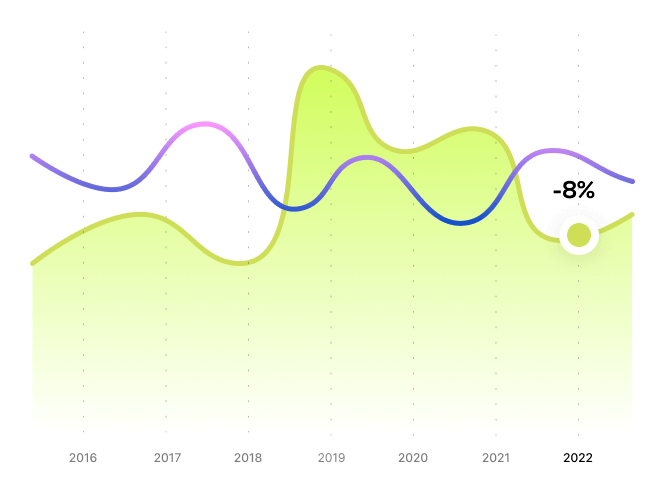 Be on top of the data collection

Smoothly manage your portfolio. Invite them at the click of a button. All you need is an email. The rest is on us.

Manage and automate your data collection process in one place. Have a solid overview, track the status, completion rate and view the data in real time.

Unleash the power of your data

Monitor and analyse the data

View the data on company or aggregated portfolio level, see its development over time and benchmark it.

Communicate the data to your stakeholders

Create stakeholder reports such as for your LPs or export the data for your own analysis. 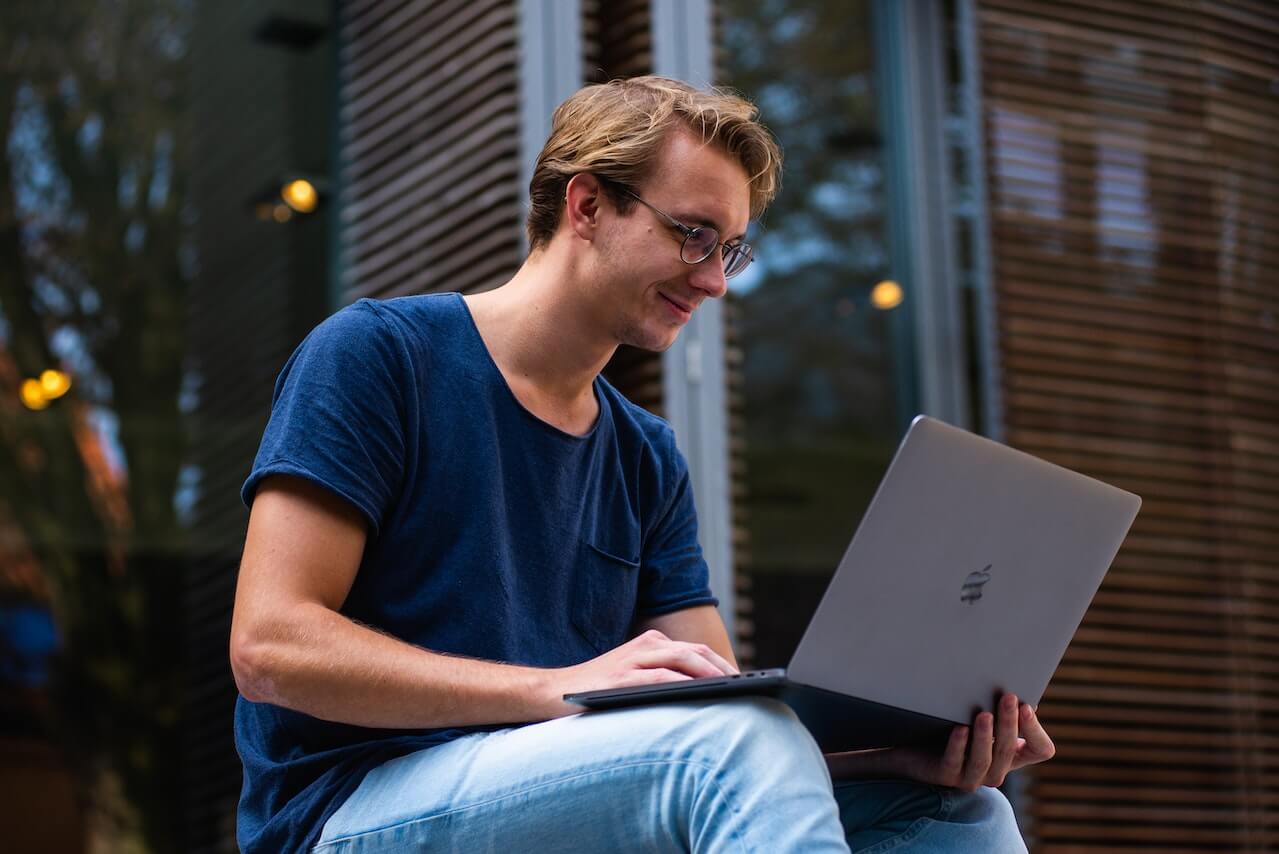 Private equity markets are our niche

Integrating ESG and impact into a VC fund is different from public equity markets. The established frameworks like GRI, SASB, etc. are not suited.

The VC industry is slowly coming together around the problem and new frameworks and best practices are emerging. We are part of the community of early adopters and help you navigate the jungle and getting started. 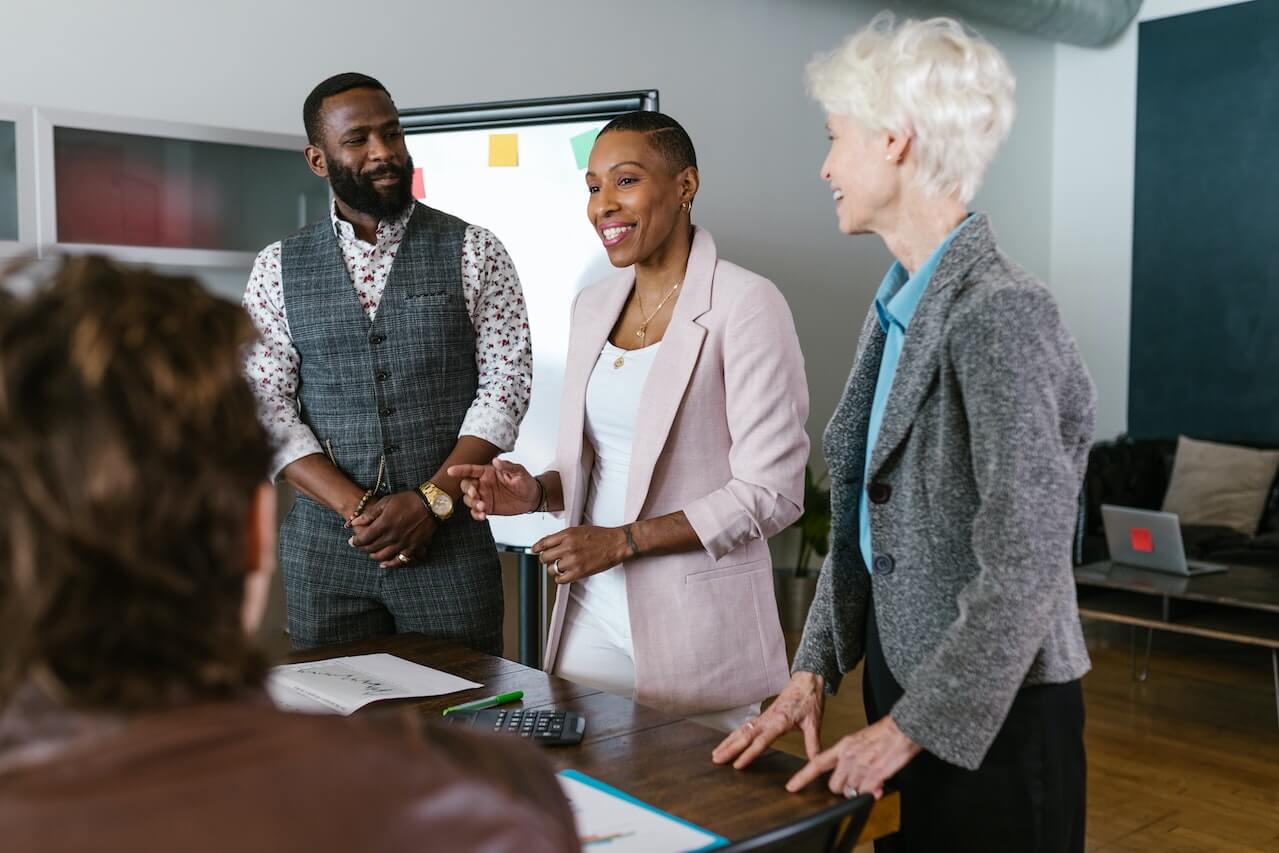 Not every PE and their portfolio company can afford an entire sustainability department or live off the execution power of external consultants.

We have simplified the integration and operation of ESG and Impact for PE funds. 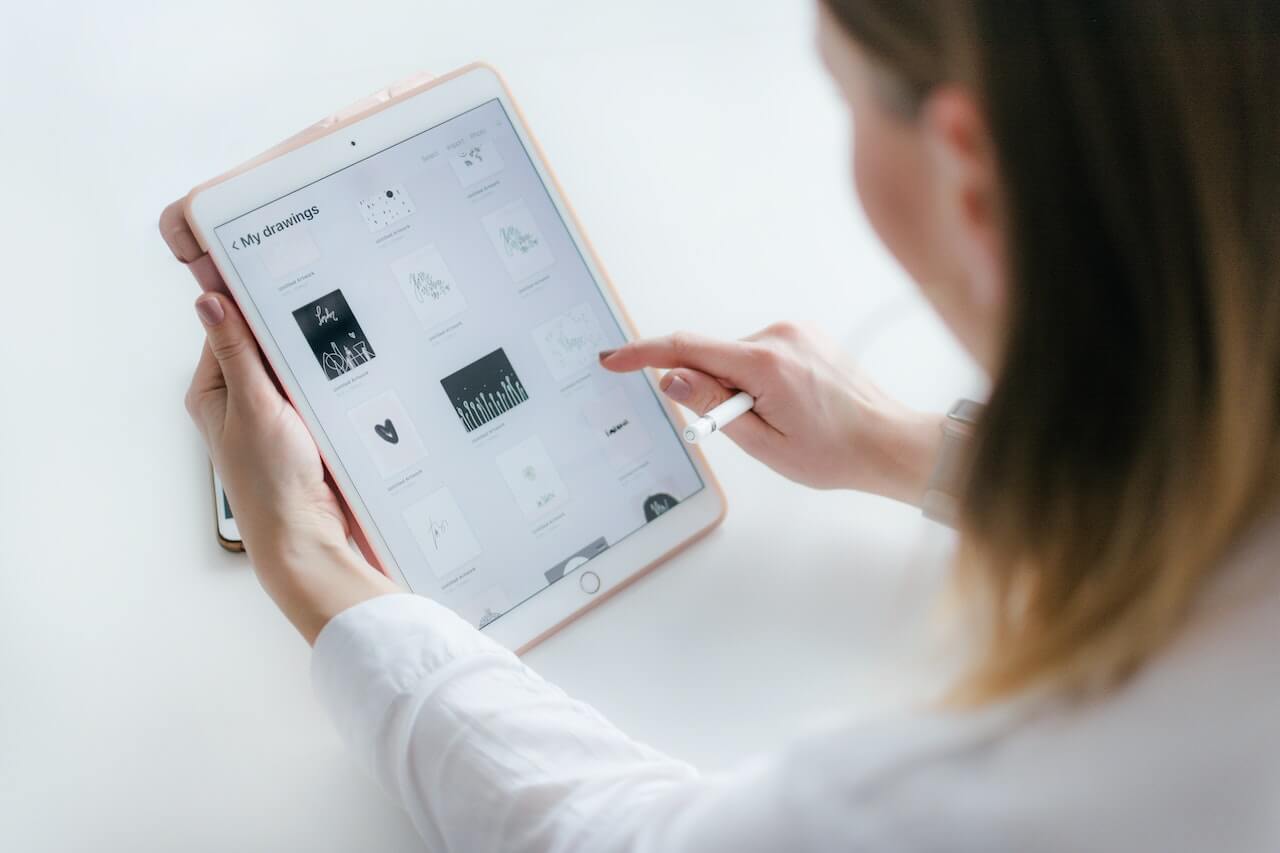 Just as any other part of a growth company, sustainability needs to be built for scale. Once the stadium is reached for an exit, having integrated ESG becomes paramount to reach the broadest range of possible investors. 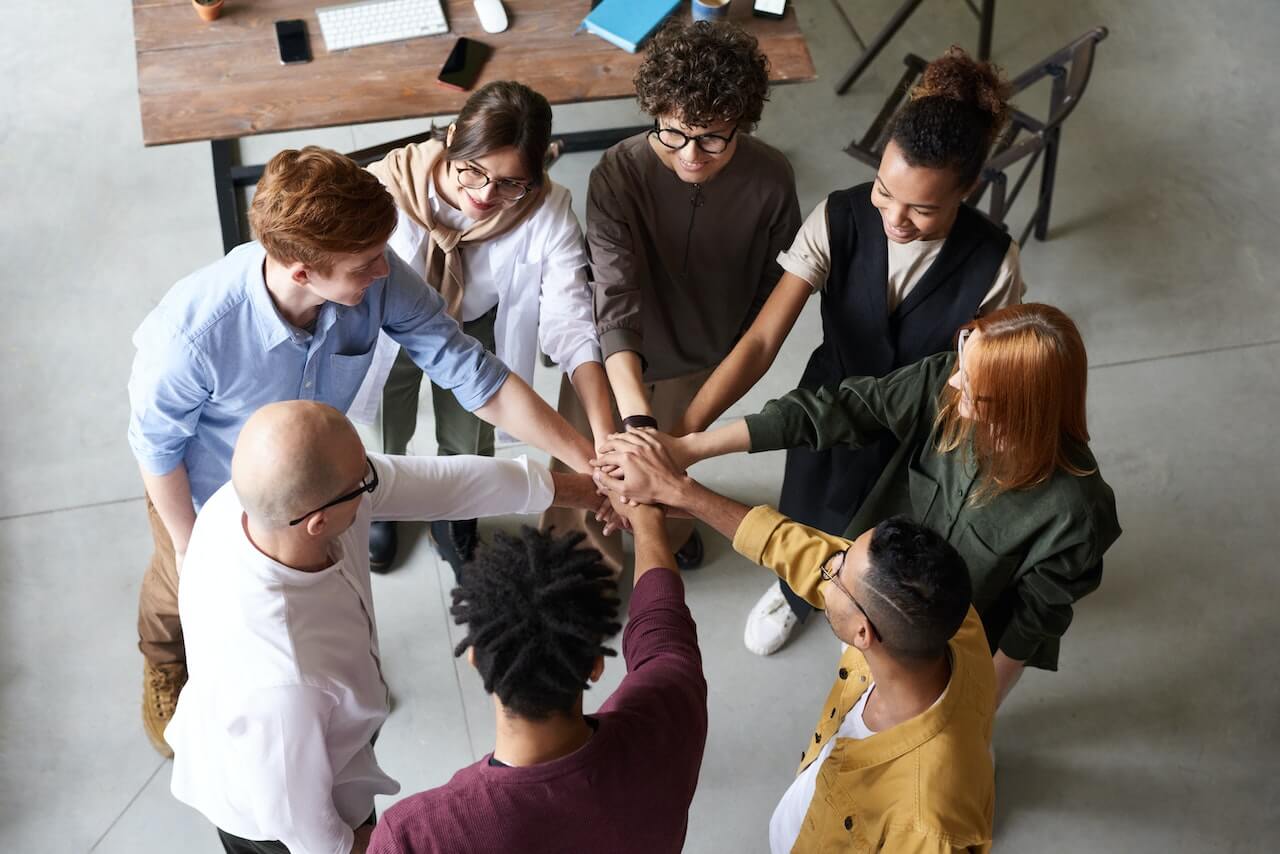 We work with cluster organisations, such as co-working spaces, accelerators, etc. who have the need to collect sustainability data from the companies they work with. 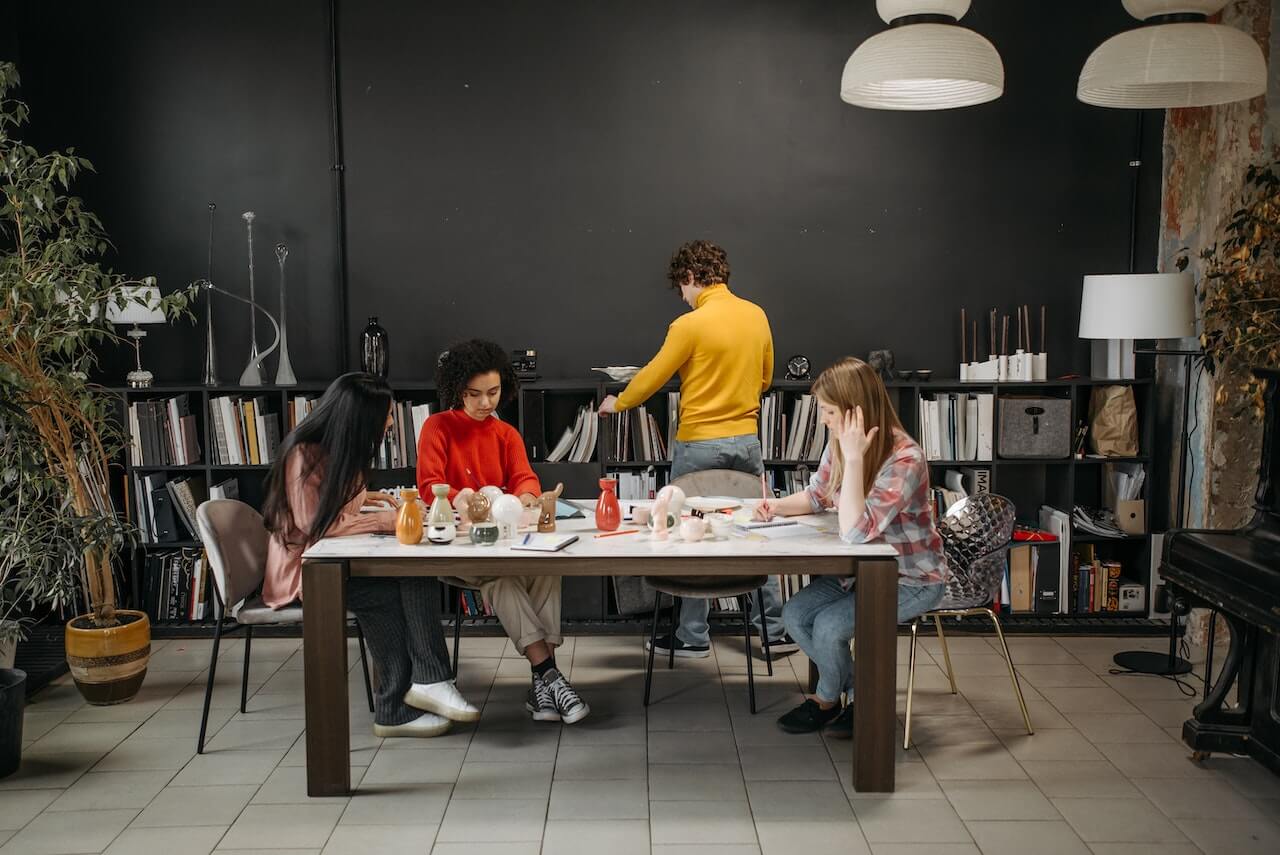 Get started in 3 simple steps

Sign up in 3 simple steps and invite multiple users from your organisation.

To get started, simply create your own metrics or browse existing frameworks.

All you need to invite your portfolio is their email. They are guided through the process until you have the data.

Do you offer a free trial?

Yes we do. Noone should pay for what you haven't seen or tested. Every new user gets a free 30 day trial period. Simply create an account and we will contact you once the trial end is approaching.

Do I have to pay for every portfolio company I onboard?

No. We charge you one fee and that is based on your assets under management (AuM).

We understand that the available budget is linked to the management fees which are linked to the assets under management. We don't want to charge early stage investors with many portfolio companies but very small fund volume in terms of AuM more than a fund of the opposite characteristic. That wouldn't be fair and defeat our main mission to make Private Equity the most sustainable asset class.

Do you offer team accounts?

As many people from the investor team can have access to the platform as needed at no extra cost.

Where does the name Tekudo come from?

As we are often asked about the meaning of Tekudo, here is a little description of what it means and why we chose it as our company name:

Tekudo is the melting of Japenese artist's name Tetsumi Kudo (1935-1990). Tetsumi, who witnessed the devastating effects of the atomic bomb in Hiroshima and Nagasaki as well as its negative long term impact on society and nature, made this topic his life project. He depicts the relationship between humanity, nature and technology. His works are small models of the situation he calls our "new ecology", a visualization of a self-created swamp of polluted nature, technology and decomposed humanity and humanism.

For many an unknown artist, his work speaks directly to today's topical agendas. His works are poignant articulations of how human actions have changed the planet's ecosystem. In Kudo's grotesque, provocative models of our new reality, humanity has lost control of the technology we have created and the nature we have polluted. The human body was decomposed into fragments that live on as a new species in

Kudo's small cultivation environments - in bizarre symbioses with plants and electronic components.Kudo was a child when the atomic bombs were dropped on Hiroshima and Nagasaki in 1945. This primal experience of powerful human destruction and pollution is a central point of departure for his art. No less important is the increasing chemical impact on the environment and the rampant production and consumption in the modern age.

Inspired by his relentless work to shine lights on the fatal potential of the intersection of humanity, nature and technology and its problems that can arise from an unsustainable misuse we decided to use his name as it perfectly describes the mission we we are on: making the e-business industry a better world by utilizing the power of technology and incentivising those who do good.

I am an early stage VC. Does it make sense to integrate ESG?

Implementing ESG in an established company is hard work and not something done over night. Just as important as it is to build a software platform that scales, it is to build sustainability into the core of the company so that it scales with it too.

500 Global, one of the largest American early stage investors worldwide with over 2bn USD under management is a great example of it.

Can I automatically repeat the data collection for every period?

How do I know Tekudo is the best solution out there?

We are on mission to make Private Equity the most sustainable asset class. We have spent months with the early adopters in this space, are part of the ESG interest groups, we are partnering with academic research organisations,... In short, we make sure we are up to date, because private equity markets are very different from public equity markets.
Contact us
Articles

Take a look at our latest articles and resources 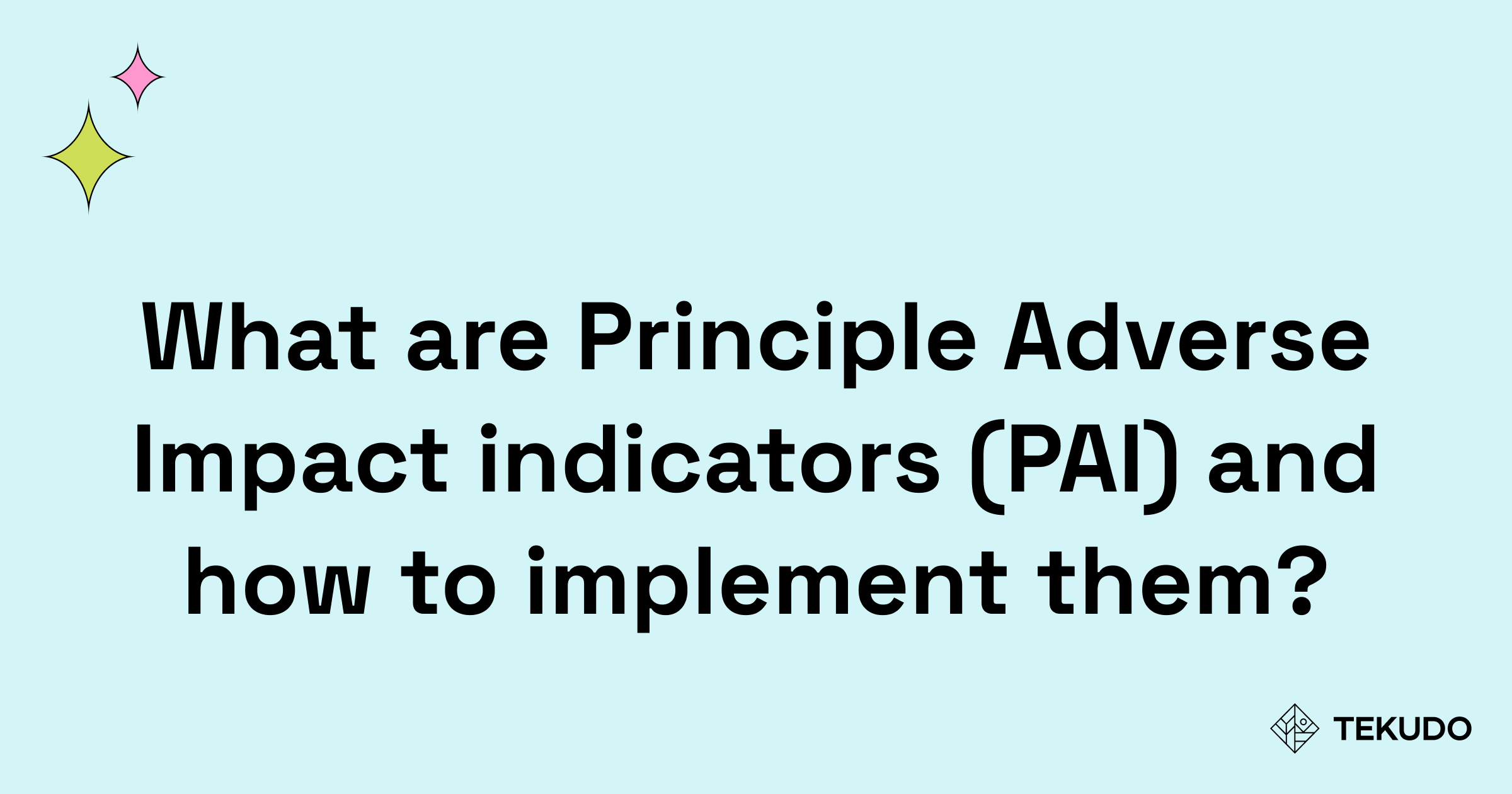 What are Principle Adverse Impact indicators (PAI) and how to implement them? 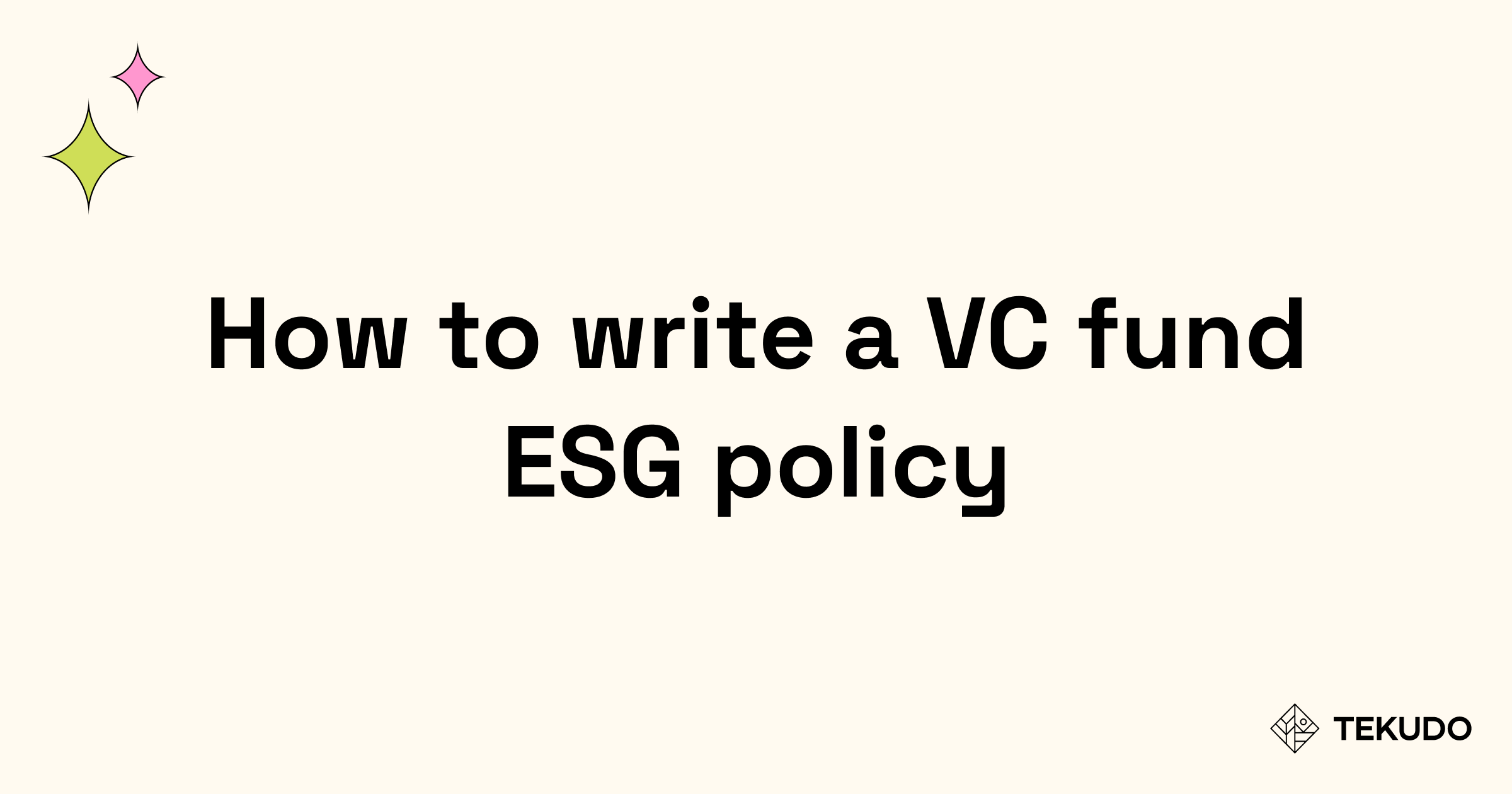 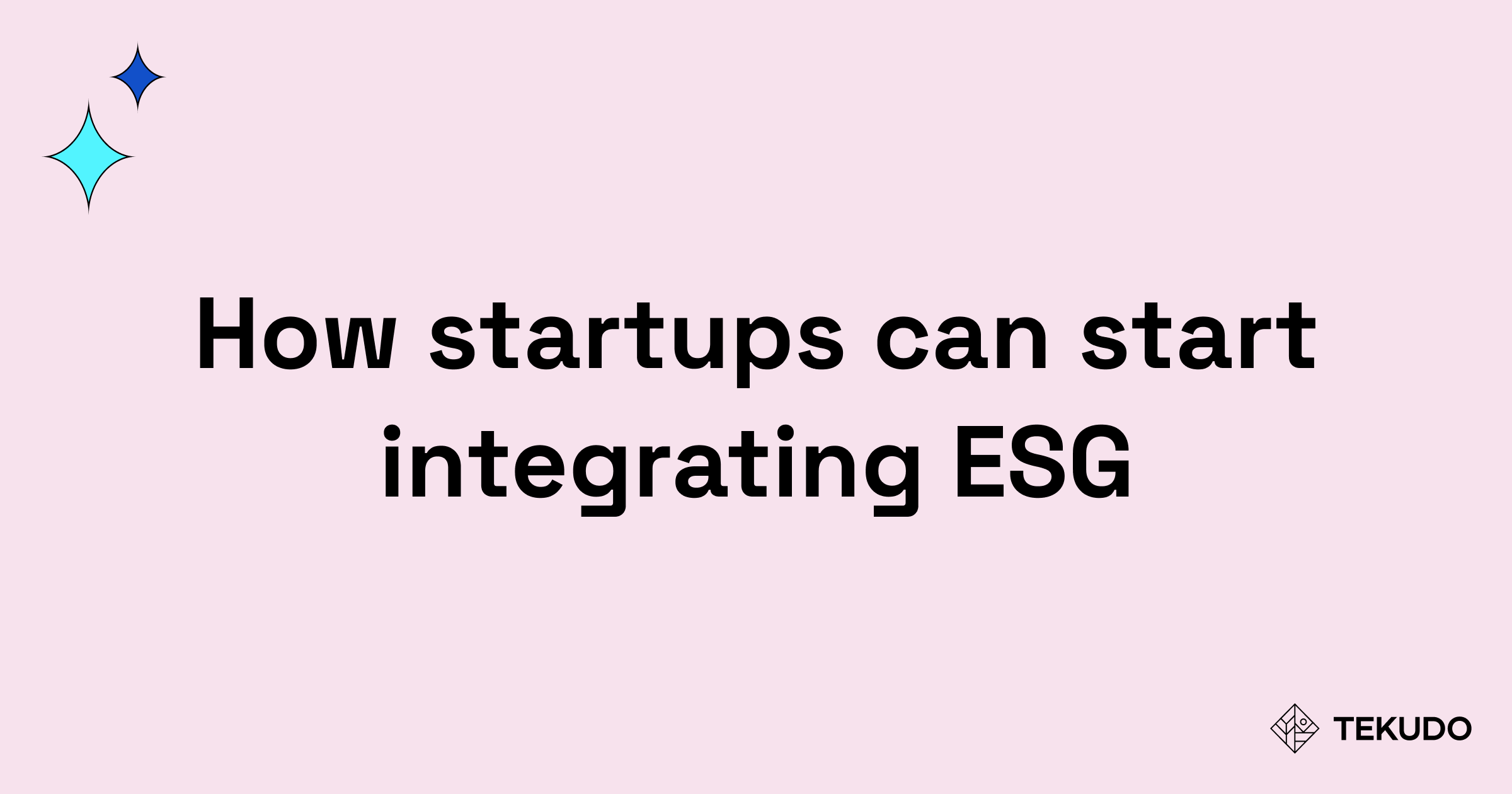 How startups can start integrating ESG